Skip to content
We may earn an affiliate commission when you buy through links on our site.

The AVID Ascend Series of all-season tires by Yokohama is one of the brand’s most widely purchased tires in the touring category.

I remember grabbing a set of these tires way back in the summer of 2012 when I just got myself a brand new Toyota Prius. With a price-tag in the low $100s, these tires provided the best value for money in the budget-friendly, all-season touring category.

Seven years on, I’m still a big fan of these tires, and have the newer upgraded version of the AVID Ascend equipped to my Toyota Avalon for the past one year.

Yokohama has upgraded the AVID Ascend Series significantly since its initial release, and today these are one of the most technologically advanced budget-friendly touring tires in the market.

Yokohama Avid Review 2020: Why Should You Buy This Product? 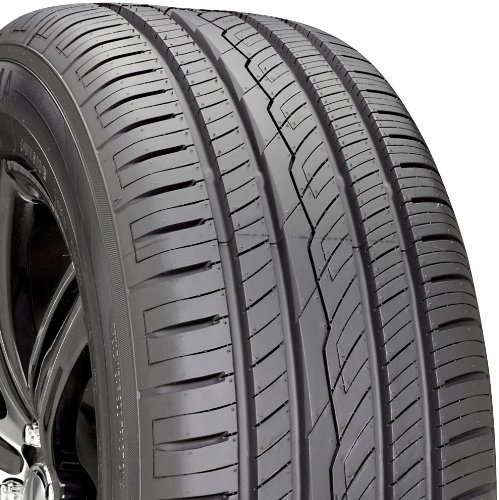 The Yokohama AVID Ascend has always been my preferred touring tire. I’ve been using the latest version of these tires on my Toyota Avalon, and I have to say that these things have surpassed my expectations in pretty much all aspects of performance.

These are probably the most value-for-money touring tires in the market. Here are a few things I loved about these tires

The first thing I noticed when I got the AVID Ascend was the distinctive asymmetric tread design, a feature which is not common when it comes to low-budget touring tires.

These things are also constructed out of Yokohama’s most advanced Orange Oil Compound, which is designed to improve both wet and dry traction significantly. I felt very little rolling resistance when testing out these tires while still having high stability and a good grip on the road surface.

These tires also feature large outboard shoulder blocks which are connected by tread block bridges. This improves the tire’s contact with the road, enhancing cornering stability and improving dry response.

Yokohama has always managed to impress me when it comes to the durability of their tires. I’ve done over 20,000 miles on the AVID Ascend in the past year, and they still feel almost as good as new when it comes to performance.

In fact, the Orange Oil infused tire compound is the most durable compound ever to be used on Yokohama’s high-performance tire range in the brand’s 100-year history!

According to Yokohama, Orange Oil Technology significantly enhances the molecular bond between synthetic and natural rubber. This explains the extraordinarily high tread life and fuel efficiency of the AVID Ascend Series.

These tires are also backed by an impressive 85,000-mile treadwear warranty by Yokohama.

With the AVID Ascend Radial Tires by Yokohama, driving on wet, slippery roads was incredibly easy. The wet traction is outstanding with these tires, and you can actually feel the tires gripping the wet surface as you steer your car. The handling was also exceptionally precise and stable.

These tires are also pretty good when it comes to snow traction, something you don’t find too often with touring tires. I was pretty impressed with how well these tires handled mild snow, however, don’t expect them to perform as well on icy/slushy surfaces.

High on Comfort and Eco-Friendliness

Considering the price-tag of the Yokohama AVID Ascend, the comfort levels they provide is simply outstanding!

I’ve tested out plenty of expensive touring tires, and frankly, I couldn’t feel any difference in the comfort levels between the Yokohama AVID Ascend and a touring set with twice the price-tag.

These tires are incredibly calm and stable at low speeds, but as soon as you bury the throttle pedal, they deliver a jolt of traction without sacrificing on comfort.

They also come with the BluEarth branding, which means that they are produced in an eco-friendly way that minimizes its impact on the environment. Being an environmentally conscious person, this is something that definitely influenced my decision.

What Could Have Been Better?

When it comes to low-budget touring tires, there’s always going to be a few sacrifices that have to be made as far as performance is concerned. The AVID Ascend fell short of expectations in the following areas:

Touring tires are usually known for their low noise levels, but in the case of the AVID Ascend, I was very disappointed at how loud they were at high speeds.

The noise levels were bearable on tight city roads at low speeds, however, as soon as you hit the freeway, you’ll start to hear the steady roar of the tires as you increase the speed.

I noticed a lot of vibrations and a decreased handling performance at higher speeds on the T-Rated models. However, this is not an issue with the other models.

The Yokohama AVID Ascend is undoubtedly one of the most value-for-money touring tires that I’ve come across in recent years. The newly upgraded design of these tires offer outstanding performance in a variety of road conditions and improves durability significantly.

If you own a sedan, crossover, a minivan or a coupe, this is probably the best low-budget choice in the touring category.

While there are some minor stability issues with the T-Rated models, the overall experience is overwhelmingly positive!