Skip to content
We may earn an affiliate commission when you buy through links on our site.

As someone who constantly keeps an eye out for the best of car parts, I had to give you a holler when I heard about the Hankook DynaPro ATM.

An excellent choice for offroad vehicles, the Hankook DynaPro ATM makes driving on snow, sand and rocks an absolute breeze.

If you are sick and tired of feeling sick and tired while going off-road, this tire might be precisely what the doctor ordered. With a whole host of positive reviews, this one is quickly becoming one of Hankook’s best selling tires.

Dynapro ATM RF10 Review 2020: Why should you buy this set of tires? 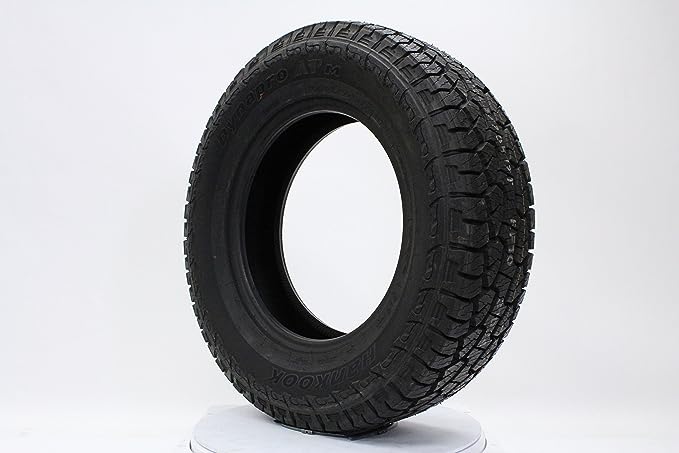 The primary reason this tire scores above the rest of the pack is that it was designed and tested for extremely snowy and icy conditions.

Built especially for light trucks, SUVs and off-roaders, this one features excellent wet traction, has a unique feature built in which increases its durability and most importantly, gives a smooth ride without ever getting stuck.

It isn’t that shabby in the looks department either.

This tire features a mean looking sidewall pattern, which when combined with the embossed graphics, makes for a pretty menacing tire. In fact, the pattern is actually modeled after the tiger’s teeth.

The footprint is also about 8% wider than other tires in the same range. As a result, when you examine the tracks, it feels like the tire is much larger than it actually is.

Rest assured, if you spent a ton of money modding your car and you want a set of tires which look the part, this is it.

These eight ply tires turned out to be much better at handling than expected. I was expecting that they would be a little rough as compared to a usual set of SUV tires, but I was pleasantly surprised.

I decided to hook up a trailer to my truck and then take it out for a spin. As far as handling went, I was most impressed with the cornering. This was made possible due to a tiered side groove that helped to keep the moving angle of the tread blocks pretty little as the tire stretched and gripped in the corners.

The sway due to passing cars was also much reduced. I guess the tiered side groove helped the tire resist all those annoying side forces that you feel when you’re towing a large load behind you. 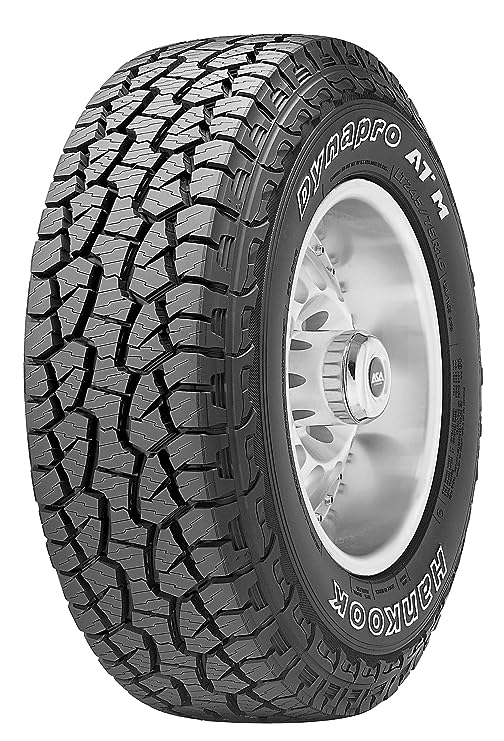 DynaPro ATM RF10 is made for off-road traction, at least that’s what they said. To put it to the acid test, I took some air out of the tires to achieve maximum traction and the tires did not falter.

Even though my truck isn’t light at all, the tires had no problems swerving and grooving its way through uneven rocks and sand. It even made its way through the mud with little to no trouble.

I attribute this to their innovative scalloping grooves between the tread blocks, which massively increase the biting power off-road.

Even on concrete, the wet-traction was no less. This is because the deep two-step sides are further bolstered by a zigzag block edge. Kudos to the impressive design!

This is another area where this tire truly shines. With a UTQG treadwear rating of 560, this tire can easily last you years and notch up to 60,000 miles. Pretty impressive for an all-terrain tire!

While I took it out on the low-pressure run, the jointless bead wire on the tire was great at preventing bead separation, but most of all, it showed me this tire can handle low-pressure situations.

Also, I learned that that the tiger’s teeth tread on the tire wasn’t just for looks. The wraparound tread serves as an extra layer of protection against sidewall cuts. The deep two-step sipes don’t just increase traction, but they also help extend tread life.

The most interesting feature, however, was that the extension of the tiered groove pattern will eject stones from both the center and the shoulder grooves. This will protect your tires from objects embedded into your tires.

What Could Have Been Better?

While these tires totally exceeded my expectations on rocks and even on the road, I do think that they fall a little short when you’re trudging through thick and deep snow.

It does tend to slip a little too. Now I know that it isn’t every day that it snows so much that you can’t take your truck out, but there are other manufacturers out there who seem to have put a little more effort into making their tires more snow-friendly.

Given the size of these tires, it would be a miracle if there was no noise at all, but these tires do get a little noisy when you move from rough terrain onto the highway.

The noise on rough terrain is pretty negligible, but like most tires of this kind, there is a highway noise gain. But even so, the sound of the engine and the wind pretty much drain the noise out, so it shouldn’t be a big issue.

Considering the price tag, you would be hard pressed to find a more robust set of tires. DynaPro ATM RF10 an all-round gem, making for great driving both on and off-road.

I would whole-heartedly endorse this product, and I guarantee they will serve you well for years to come.